I have just completed the first conversion of a small Aperture library and I have some questions.
1. I chose Copy Referenced Masters but i am not sure if that is the best for me. My Aperture libraries were all managed (Masters were in the Aperture package)
2. for folder structure I chose Year-Month). I presume that means the files will be in folder-subfolder ie Year and then Months
3. when I look at Folders in Lr I see what seems to be a duplication of the files that were imported. There's a folder called "/" and one called "2007". Also all the files seem to be in the Year folder and not the month subfoler 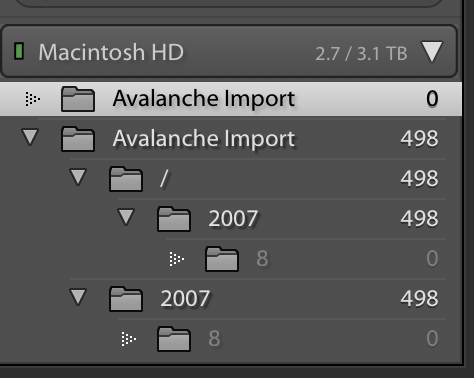