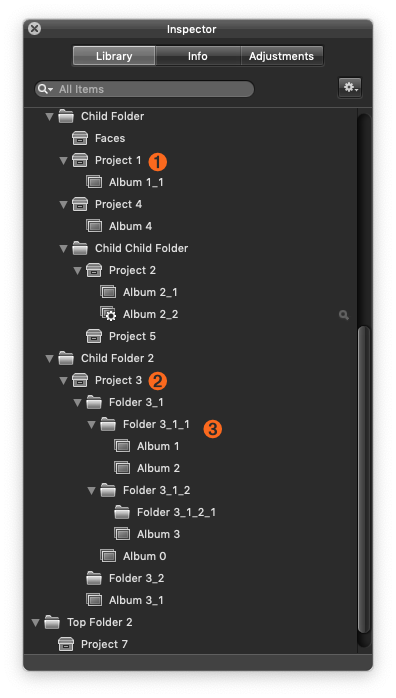 Projects don't exist in Lightroom and in many other cataloging apps. The only entities that are helpful to create structure in the catalog are collections and collections groups. To represent the structure that was present in Aperture, we do the following :
Example: if we look carefully at the transformation of the above Aperture structure, we will get this in Lightroom 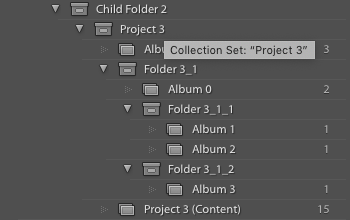